Eisenhower's Farewell Address and the Problem of Defense

March 18, 2013
On January 17, 1961, President Dwight D. Eisenhower appeared on television to deliver his farewell address. Broadcasted from the Oval Office of the White House, Eisenhower framed his closing remarks as “a message of leave taking and farewell” to his countrymen. Far from a nostalgic reminisce of national service, Eisenhower provided a cautionary narrative about the dangers of military buildup in the United States.  Eisenhower's remarks frame a debate about U.S. defense policy since 1945. Namely, he spoke openly of the need to find balance between forces that desired to spend, at all costs, to secure the United States from attack and those forces that advocated for negotiation and disarmament. 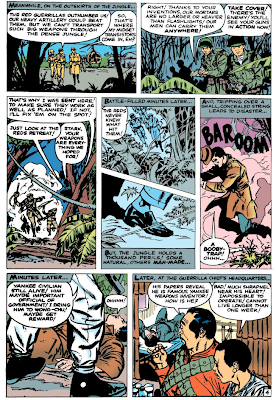 These ideas inform the meta-textual narrative found in the pages of Iron Man. Debuting two years after Eisenhower's address, Iron Man can be seen as continuation of the pro-American and anti-communist dialogue found throughout Marvel's Silver Age revival. Yet, the narrative also hints at the national unease associated with military industrial complex. This same unease is infused into Iron Man's cinematic persona. Something to consider as Iron Man 3 makes it way to the theaters in May.